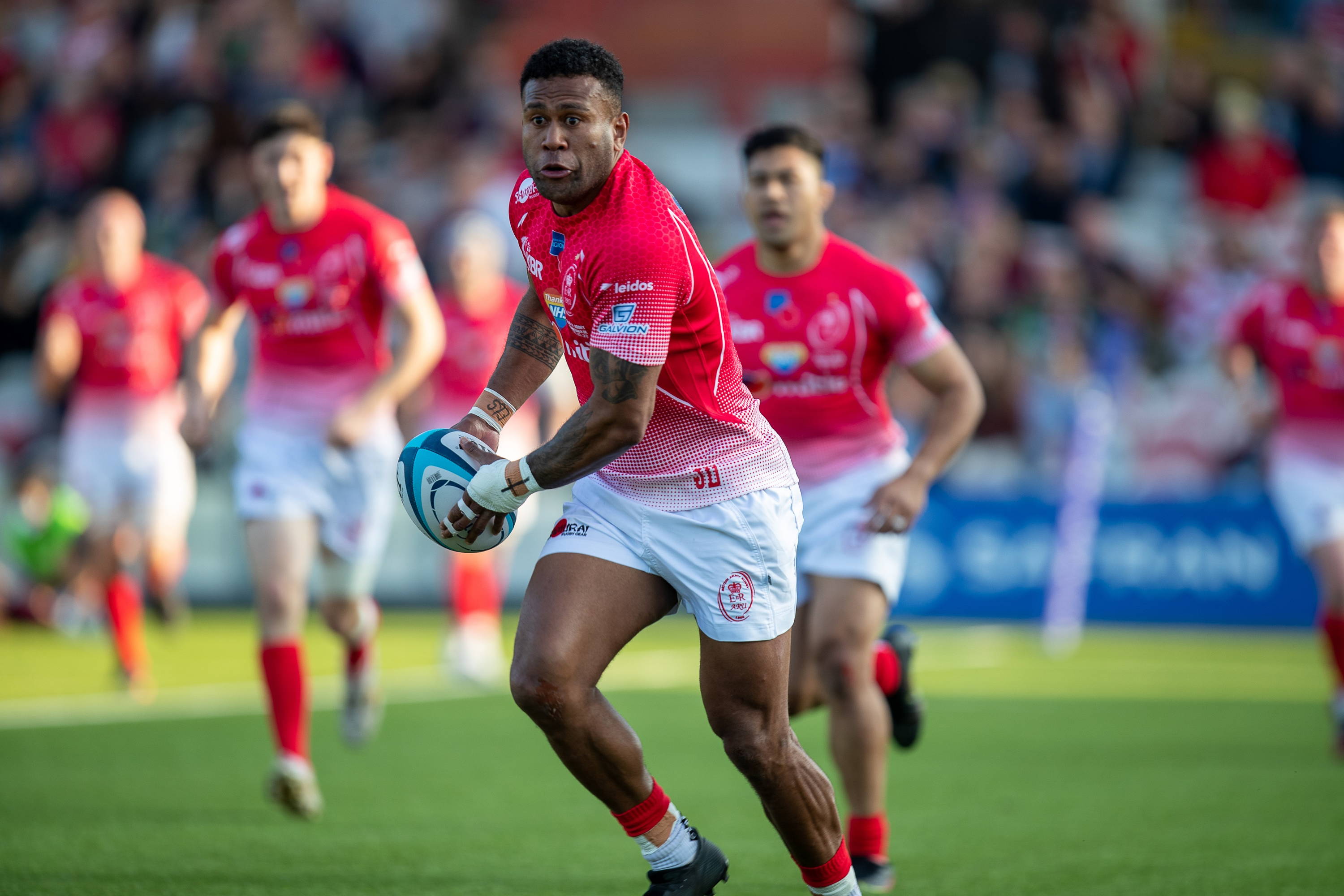 Galvion, a world leader in the design and manufacture of advanced armour and intelligent power and data systems that increase mission success for defence and security personnel, is proud to announce their support to the Army Rugby Union (ARU). The announcement coincides with the legendary UK Army V Navy Rugby game taking place at Twickenham on Saturday 30 April 2022. In addition to the ARU support, Galvion also proudly supports British Forces Sport through Team Forces.

Galvion’s support to both the ARU and Team Forces forms a fundamental part of their UK MoD social responsibility plan, through which they give back to the wider customer community across UK defence. Sport is an important part of service life and the funding of it is often a challenge. Galvion’s support of wider forces sport, through Team Forces, helps to enable participation and increase the quality of such sporting events for those taking part. As well as supporting Army Rugby and Team Forces, Galvion have supported Blind Veterans UK, Forces Ice Hockey, Army Parachuting, Army Motorsports, REME Nordic Skiing and Infantry Cricket.

The Army Rugby Union was formed in 1906 and has continued for over a hundred years to provide an infrastructure for the playing of rugby union within the British Army. Its aim is to promote and foster the game of Rugby Union within the Army and its local communities in accordance with the laws of the game governed by the RFU.

Team Forces and Team Army are co-brands of an MoD endorsed programme which helps to fund sport, challenge and adventure in the armed forces community in order to improve health, wellbeing and recovery. Team Forces conduct fundraising, attract sponsorship and make financial grants to make these activities more accessible.

Major General Lamont Kirkland, CEO at Team Forces said: “Team Forces helps to improve wellbeing for the armed forces community using the power of sport. We are delighted to work alongside Galvion who have made a commitment to deliver positive social value by visibly giving back to the armed forces community. This is a great example of a company living by its values.”

Peter Rafferty, Chief of Staff and UK President at Galvion said: “I’m delighted to announce the continuation of our support to Army Rugby and to Team Forces today. The Army V Navy rugby game is legendary and we’re immensely proud to see the Galvion logo displayed on the Army Rugby Team shirts. Giving back to our customer is a critical activity for Galvion and our support to the ARU and Team Forces is an excellent way to do exactly that”. He added: “Galvion always places the soldier first, and we pride ourselves on designing solutions that help to protect and support those who protect us. We have provided UK forces with protective equipment since 2010, delivering well over 200,000 VIRTUS helmet systems since 2015. Our commitment to a supporting ethos extends beyond the provision of world class product and services and through activities such as this, we are helping our customers in other ways too.”

Galvion designs, develops and delivers mission critical head, face and torso protective solutions, as well as power and data management systems and advanced solutions for military and tactical clients worldwide. Providing the highest levels of protection, durability, functionality, equipment compatibility and overall value, Galvion delivers a suite of protective and performance enhancing products with the capabilities, comfort and style that modern soldiers need today. The Company’s Armor and Active Systems divisions work independently as well as collaboratively to offer purpose-built solutions that enhance the lethality and survivability of the modern war fighter and other demanding end-users.

Revision Military began by providing the very best in protective eyewear to military and tactical users in 2002. Stemming from an initial contract to provide 120,000 sets of Sawfly® ballistic spectacles to the Canadian Department of National Defence, the Company grew to be the leading supplier of protective eyewear not only to the U.S. but globally to countries including Germany, the UK, Belgium, the Netherlands, Switzerland and Denmark, among many others. Strategic investments and acquisitions allowed Revision to expand its capabilities and move into adjacent head and torso protective markets. The broadening of Revision’s portfolio shifted the business focus away from eyewear. In September 2019, the Company sold the protective eyewear business along with the Revision Military name. Under its new name – GALVION – the Company will honour its history by continuing to deliver best-in-class protective solutions, maintaining its track record and reputation for excellence, and striving to be innovative problem solvers.

Privately owned with ISO 9001:2015 certified facilities in Vermont, Massachusetts and New Hampshire in the US, Montreal in Canada and Bristol in the UK, Galvion works proactively to solve the problems left unsolved by others

Sign up to get the latest on sales, new releases and more …