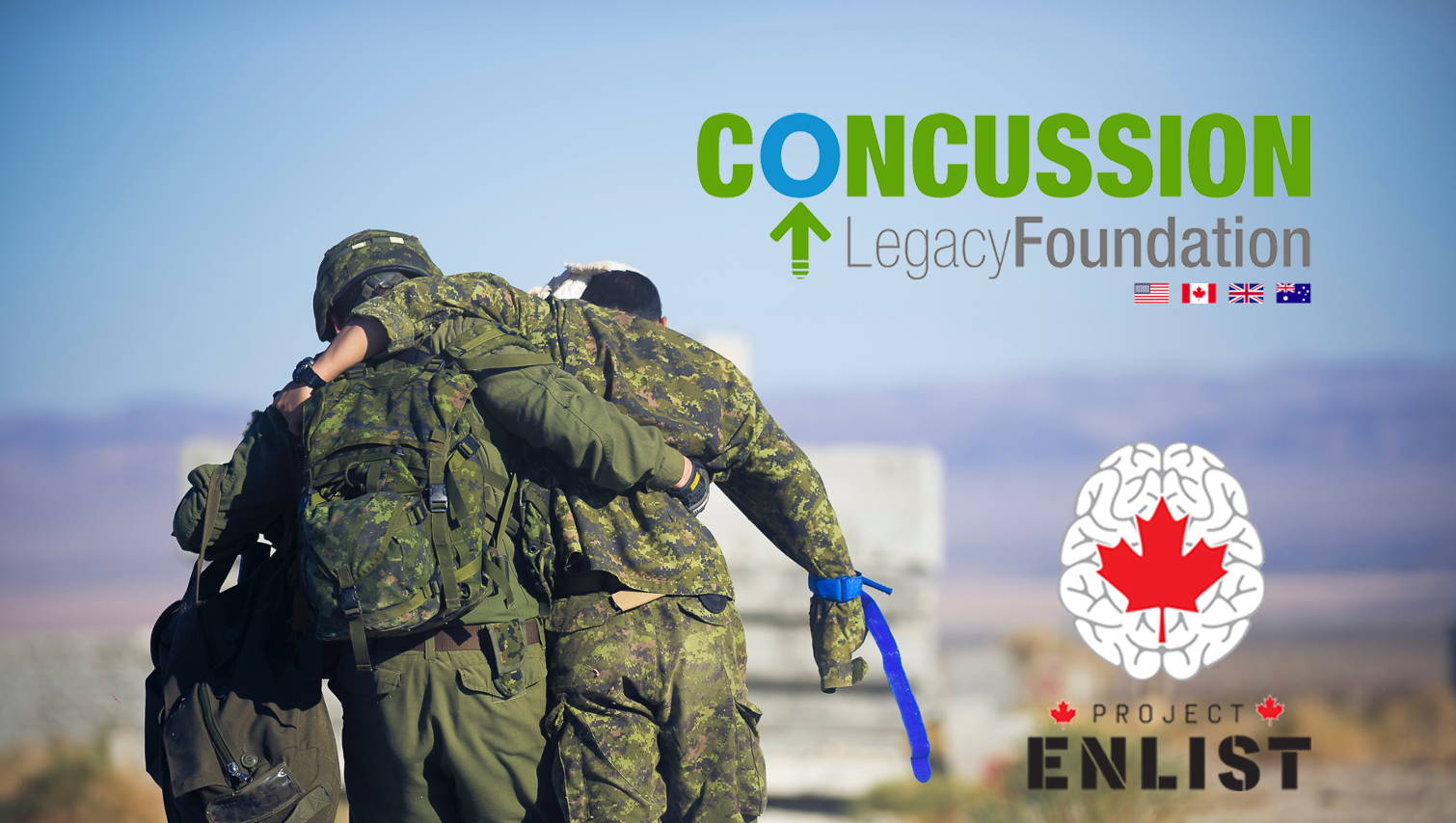 Galvion is pleased to announce its support of Concussion Legacy Foundation Canada (CLFC) as the founding corporate sponsor for its Project Enlist. The goal of Project Enlist is to dramatically accelerate critical research on Traumatic Brain Injury (TBI), Chronic Traumatic Encephalopathy (CTE), and Post-Traumatic Stress Disorder (PTSD) in soldiers and service people worldwide. Galvion’s partnership will allow CLFC to launch a national campaign to raise awareness about the relationship between brain trauma and mental health in our military communities.

“We are honoured to play a part in getting Project Enlist off the ground,” said Jonathan Blanshay, CEO of Galvion. “We have been providing best-in-class protective equipment to the military for almost 20 years, and this partnership gives us the opportunity to expand our contribution to the survivability of the soldier, beyond the provision of physical equipment. Now we can play a role in safe-guarding their mental health through our support of this worthy cause.”

The Concussion Legacy Foundation is a global campaign in the USA, Canada, UK and Australia, dedicated to advancing the study of brain trauma and its effects in athletes, military and other at-risk groups. Project Enlist is inspired by the success of Concussion Legacy Foundation efforts to recruit the brains of athletes. Since its inception in 2008, CLF has led recruiting efforts for the VA-BUCLF Brain Bank, which now holds more than 830 brains, including more than 600 from football participants. The scientific understanding of TBI and related disorders, such as CTE and PTSD, is in its infancy, with a lack of accurate diagnostic tests for living patients and effective treatments. Brain donation has proven to be an effective accelerator of research on CTE among athletes over the last decade.

“Soldiers, like athletes, are at high risk for TBIs, and by pledging to donate their brains for scientific research, they can contribute to early detection, better treatments and less suffering for our military,” said Tim Fleiszer, Executive Director of Concussion Legacy Foundation Canada. “Having a partner like Galvion come on board at the outset underlines the importance of this project for the industry as a whole.” Added Blanshay “Brain analysis, research and findings have the real potential to lead to advancement in material and product design in the industry. That will ultimately lead to being able to provide better protection for soldiers from the outset.”

Privately owned with ISO 9001:2015 certified facilities in Vermont, Massachusetts and New Hampshire in the US, Montreal and Ottawa in Canada and Bristol in the UK, Galvion works proactively to solve the problems left unsolved by others. www.galvion.com

Sign up to get the latest on sales, new releases and more …